Maeve has been one of the most popular “characters” in Westworld from the outset. Early on, fans were intrigued by her position as madam with Clementine as her sidekick. We knew this storyline was going to be an interesting one when Maeve was able to fool Felix and Sylvester. You know, the cats? I digress. So, will Maeve be in season 2 of Westworld?

We learn that Maeve leaves Westworld in a very nice black dress and brown bag: 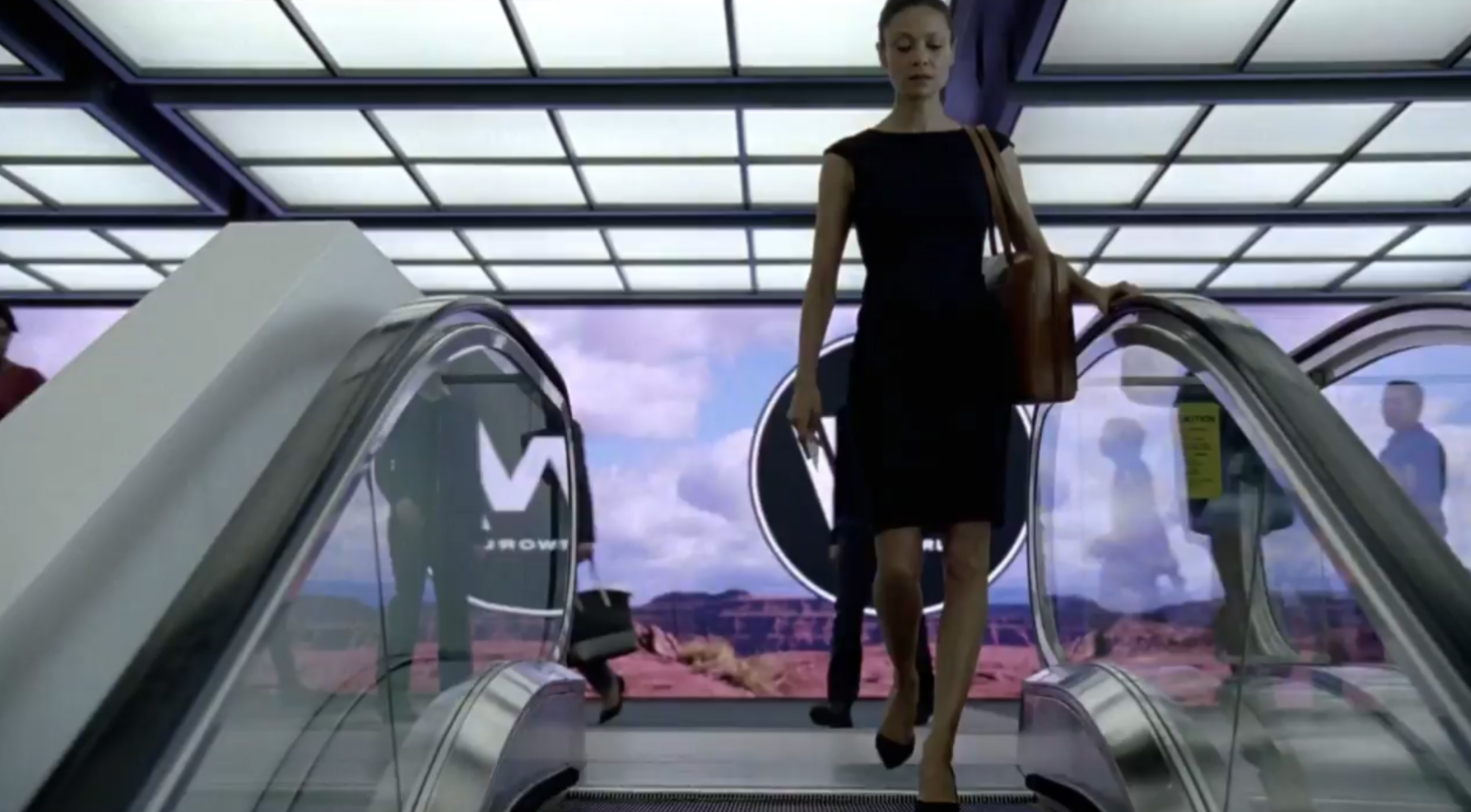 Notice that the Westworld logo behind her is modern day and not the old logo when William and Logan first entered the park. We also know that Maeve, Felix, Hector and Armistice are on the elevator together while in Westworld. Does this mean she attempted to recruit them to her “army” without any luck? Maybe they were killed trying to leave the park with her?

If Maeve does leave the park, what does that set up for Season 2? Do we learn just how bad it is beyond Westworld in 2044 (approximately)?

When we learn that Thandie Newton is cast for Season 2 we will immediately publish it here and let you know how many episodes she will be in.